The map is divided into 17 regions with 320 cities and 12 gates between them. Each City has a flag showing the distinct character and colors of the Kingdom it belongs to. 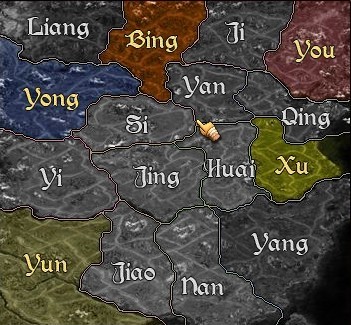 Cities range in size from small villages to booming metropolises. The maximum manor capacity in each city is linked to city size according to the chart below. Larger cities have less space for private manors, while smaller cities open their gates to all comers. A network of roads connects all cities, with access to each city restricted to the pass where the road enters the city. Remember, troops can only enter cities from the pass connected to the road they marched on (cities may have multiple passes), so set your defenses accordingly!

The Minimap allows you to see all of your Kingdom’s cities at a glance. 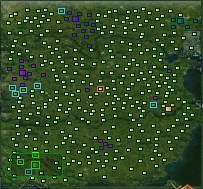 Cities with your own Manors have a Green Border

Your Kingdom’s cities have a Blue Border

Allied cities have a Yellow Border

Cities in combat have a Flashing Red Border

Retrieved from "https://clash-of-kingdoms.fandom.com/wiki/Worldmap?oldid=3887"
Community content is available under CC-BY-SA unless otherwise noted.